The variability of this star was discovered by Lennart Dahlmark in a photographic patrol programme, using plates exposed from 1967 and onwards. It was announced in a publication in 2001.1 Two years later it got the official designation V446 Vul.

Dahlmark gave the type Lb, a slowly varying irregular variable. However, a handful of recent observations by me shows the variation to be rather fast: 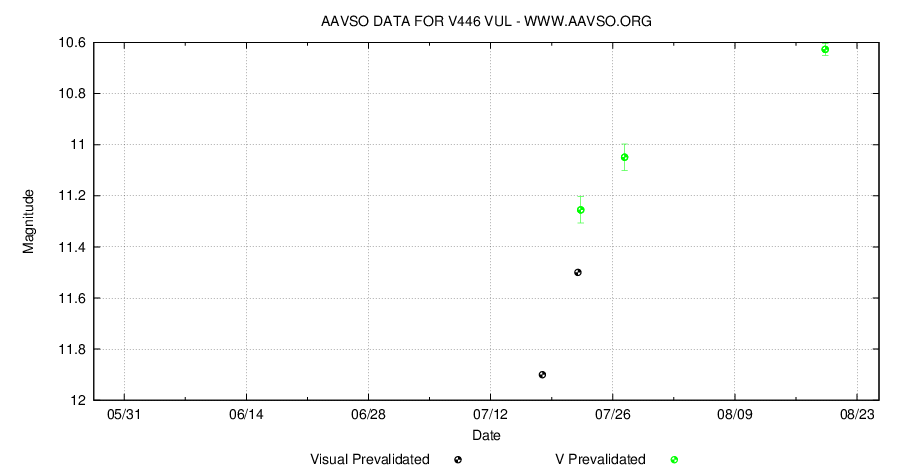 V0446 Vul is included in the ASAS survey, which also shows a rather quick semiregular variation on a timescale of about 100 days:

I have used the Fourier period analysis tool (DC DFT) in Vstar to analyze the ASAS observations, and the result is 103 days.

V0446 Vul seems to be some kind of SR variable, rather than an Lb.

Update 26 August: now the VSX entry for V0446 Vul has been revised to show the new data.