I spent last weekend in lovely Lysvik, where the annual Värmland Star Party takes place under a dark sky. Everything was great! Got to meet interesting people, hear interesting talks – not the least Johan Warell’s on comets and how to observe them – and the sky was clear for one and a half nights out of two. What’s more, there were several variable star observers there to talk shop with.

SAAF, the Swedish Association of Amateur Astronomers held its annual meeting on Saturday. SAAF also presented two awards: the Margareta Westlund award went to Thomas Karlsson for his work on variables (his observations of the eta Aurigae eclipse, his development of the SVO database, and his studies of O-C statistics of miras), and the Amateur Astronomy Award went to Hans Bengtsson for his longtime and ongoing enthusiastic efforts to spread knowledge about variable stars and other celestial phenomena. 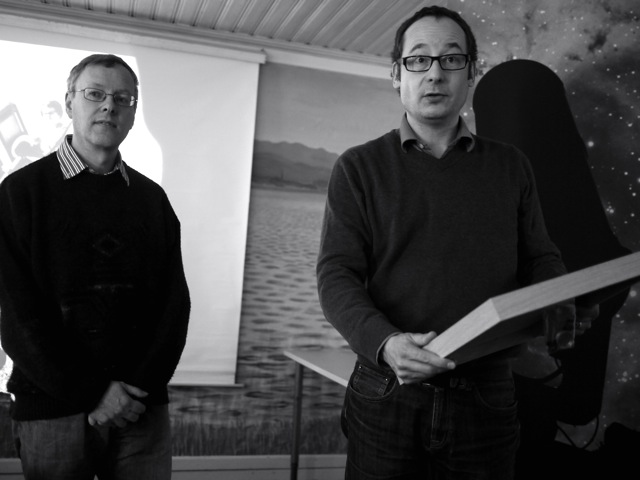 During the observing sessions, when I was not recuperating from the -14 degrees Centigrade by visiting the nearby meeting rooms to drink coffee and eat hot dogs while chatting away with fellow amateurs who temporarily escaped the cold, I mostly observed together with Tomas Wikander. Tomas had brought his 12 inch SkyWatcher Flextube Dobsonian and he kindly let me join in, we had a great time with a mixed diet of variables and deep sky objects. The sky was very good, almost a magnitude better limiting magnitude than here in Lund. NGC 4565 was a wonderful sight, as was M51. I noted at least two personal firsts: the zodiacal light and the Horsehead nebula, the latter helped along with Johan Kärnfelt’s H-beta filter. 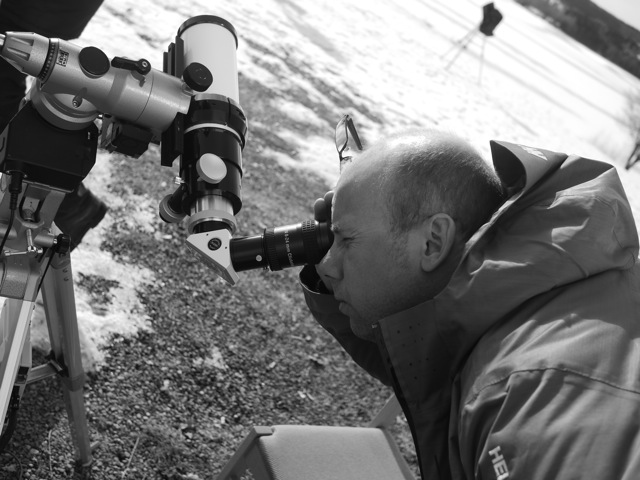 The Värmland Star Party, deep in the forests of Värmland by the lake Fryken, has been run for more than twenty years by a group of amateurs known in Sweden for their aperture fever, is highly recommended!
This entry was posted in Uncategorized and tagged Hans Bengtsson, Johan Kärnfelt, observing, SAAF, Thomas Karlsson, Tomas Wikander, Värmland Star Party. Bookmark the permalink.

One Response to Värmland Star Party