I spent last weekend attending the 2013 spring meeting of SAAF/V, the variable star section of SAAF, the Swedish association of amateur astronomers.

First, variable star observer extraordinaire Hans Bengtsson received SAAF’s Amateur Astronomy Award for his longtime work in variable stars and other parts of amateur astronomy. While announced at the Värmland Star Party, Hans now received the award diploma from SAAF’s Jan Persson. He is truly a worthy receiver of the award, not only for his contributions to the field from the late 1960’s and onwards, but also for his continuing work with the variable star section. It is such a boon for the variable star group to have access to Hans’ deep knowledge of variable stars.

There were several presentations and discussions focusing on digital technologies. Robert Wahlström presented his more or less automated setup using, among other things, ACP scheduler, and we discussed and compared our experiences using remote telescope facilities such as iTelescope, Sierra Stars, Bradford Robotic Telescope and AAVSOnet.

Tomas Wikander was appointed new leader of SAAF/V. Furthermore, there were discussions of new discoveries and ongoing observing programmes. Tomas Wikander presented his recent discoveries of three new short-period variables, one of them a rare high amplitude delta Scuti star. We also discussed the current status of our programme to observe 50 obscure mira variables, and V2331 Cygni, discovered last autumn to be an eclipsing variable with deep minima. Plans for future programmes were drawn up, as was SVO, our magnificent database run by Thomas Karlsson.

Hosted by Slottsskogsobservatoriet, the public observatory at Gothenburg, the meeting was a great success. I am already looking forward to the next meeting. 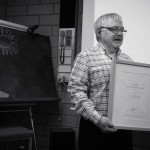 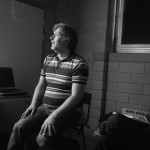 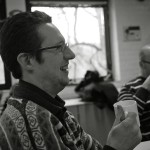 Gunnar Sporrong from our host, Slottsskogsobservatoriet. 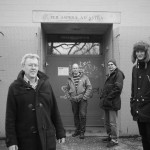 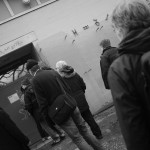 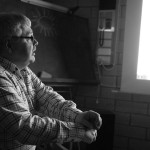 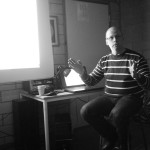 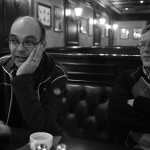