First in the series of posts on lightcurves is T Cep, which has become one of my favorite variables. It is circumpolar, which is always a nice thing – no season gaps in the light curve. Also, it clears the neighboring five storey house during winter and spring, which means that I can follow it all year around from my backyard, without moving about. 15×70 suffice most of the time, but I need a telescope to pick it up near minimum.

I’ve followed T Cep since late October 2011, through three maxima and two minima. The minima look more or less the same, while the maxima have quite different forms: 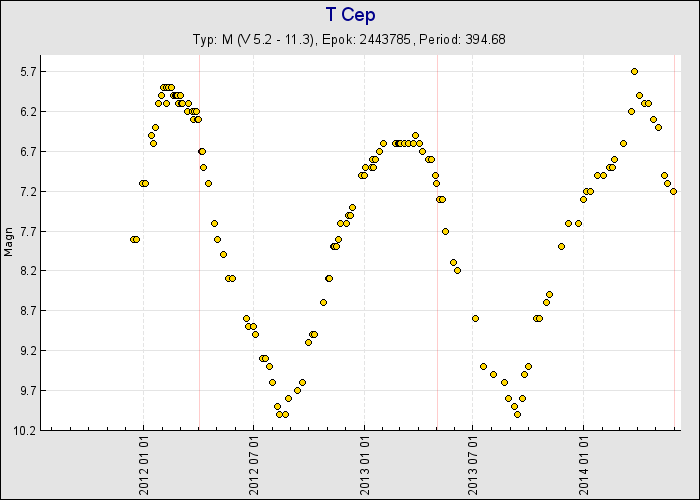 This entry was posted in Uncategorized and tagged lightcurves, Miras, T Cep. Bookmark the permalink.