New RCB and DY Per variables 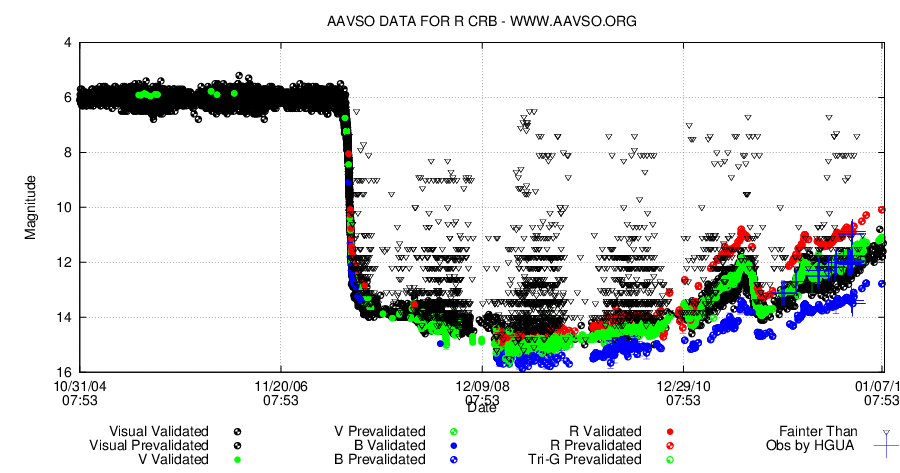 We live in exciting times, at least if one’s interests are RCB variables. Several of the better known RCB variables, including the DY Per subcategori, are in active states. SU Tau is presently below mag 17; Z UMi is emerging from a minimum began last summer that took it down to below 18, it is now at 13.5; R CrB is slowly moving up but is still in a very long minimum, began in 2007; DY Per began a minimum in October that took it down to 16. 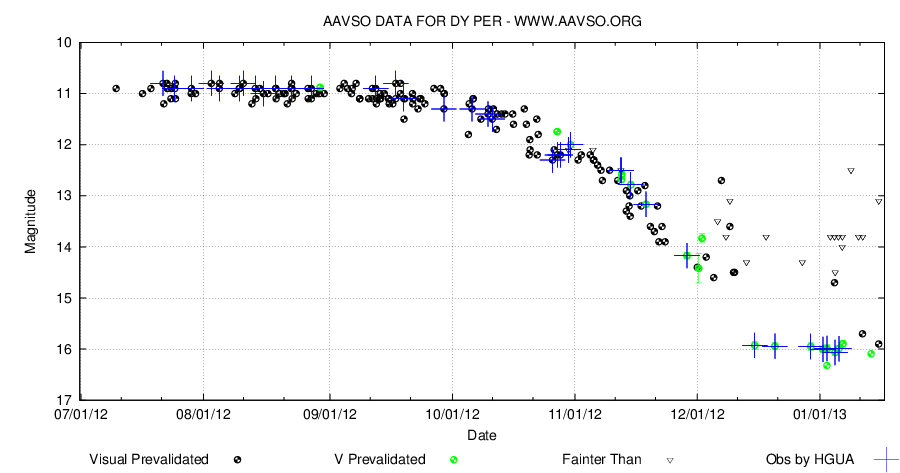 But there are also other reasons why these are intriguing times for RCB watchers. Such stars are few and far between, and for a long time only a small number were known. However, new search strategies are yielding rewards and the number of known or suspected RCBs and DY Pers are increasing as several groups of astronomers are datamining large photometric surveys.

One recent paper is a paper by Miller et al1 which uses machine learning tools on ASAS south photometry to look for the telltale signs of RCBs and DY Pers. (One wonders, by the way, when ASAS north will be released, and what new RCB candidates might be found there?)

I thought might have a look at what it is up to this observing season.